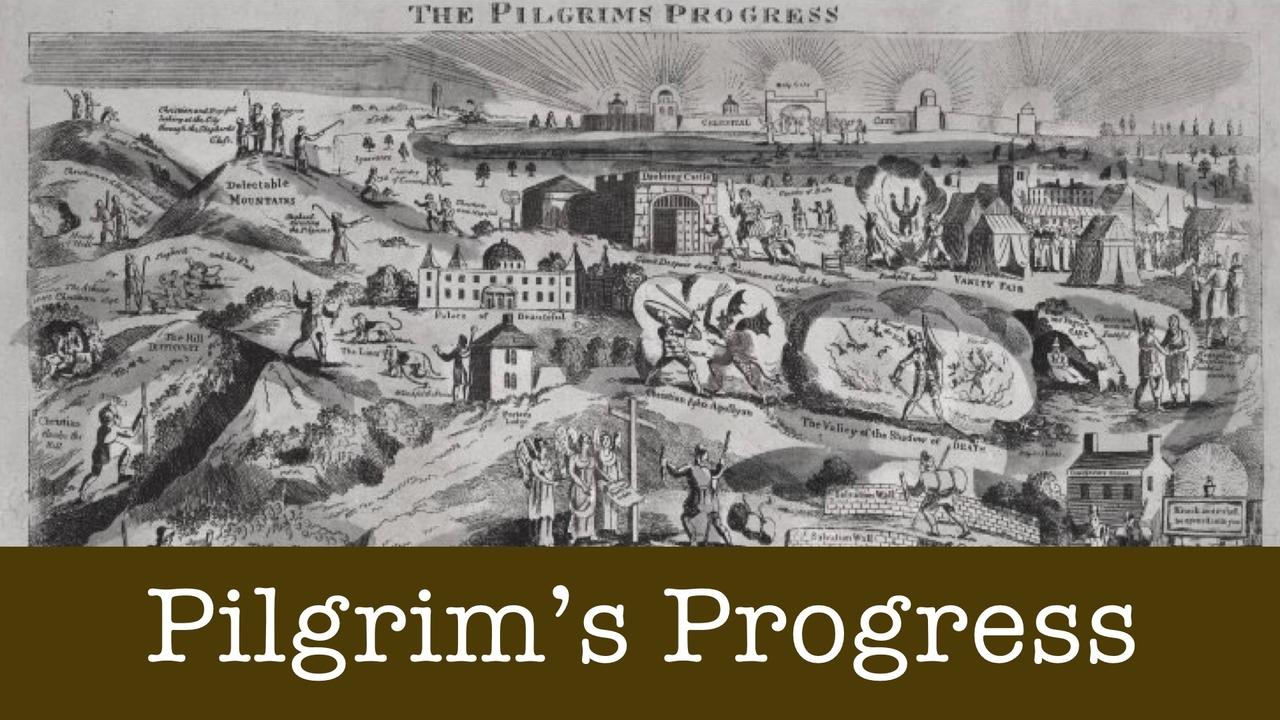 The great Victorian preacher, Charles Spurgeon, read it more than a hundred times.  E.M. Bounds kept a copy by his bedside and read from it every night before retiring.  Stonewall Jackson kept a copy in his knapsack throughout his Southern campaigns.  Its enduring value was confirmed by C.S. Lewis who said it was "a literary and spiritual masterpiece."  Translated into more languages than any other book save the Bible.  It is Pilgrim's Progress, a fanciful allegory of the Christian life written primarily from a prison cell midway through the seventeenth century by John Bunyan.

The son of a poor brazier, born in 1628, Bunyan was a witness to some of the momentous events in English history: the civil war, the regicide of King Charles, the Cromwell protectorate, the great fire, the restoration of the monarchy, and the great Puritan purge.  Those days left an indelible mark of change upon the souls of both men and nations.  Bunyan was no exception.  After a dramatic adult conversion, he immersed himself in the life and work of a very small non-conformist congregation.

For nearly a decade, Bunyan served as an unordained itinerant preacher and frequently took part in highly visible theological controversies.  Thus, he was an easy target for the very restrictive laws concerning religion in his day.  He was arrested for preaching without a license.  The judges threatened Bunyan, but he was unshakable.  Finally, they told him they would not release until he was willing to foreswear his illegal preaching.  And so, he was sent to the county gaol where he spent twelve long years.

Because of his wife’s strong exhortations to use his time of incarceration wisely, Bunyan began writing the allegorical Pilgrim's Progress as a sort of spiritual autobiography.  Almost immediately, Pilgrim's Progress struck a nerve.  Bunyan was able to throw a searchlight of understanding on the soul of Everyman.

“A seventeenth-century Calvinist sat down to write a tract and produced a folk-epic of the universal religious imagination instead.”

Today, in the center of Bedford, England there stands a statue of Bunyan carrying a tinker's burden upon his back and a Bible in his hand.  It marks the place where that great Puritan spent the long years of his imprisonment for the offense of preaching without the permission of the state.  Near the foot of the statue is a little bronze plaque.  On it are engraved the words of the prosecutor—the Lord Judge Magistrate of Bedford—spoken at Bunyan's sentencing on this day in 1673.  The judge said:

“At last we are done with this tinker and his cause.  Never more will he plague us: for his name, locked away as surely as he, shall be forgotten, as surely as he.  Done we are, and all eternity with him.”

Of course, it is not Bunyan that is forgotten.  Instead, it is the Lord Judge Magistrate of Bedford that remains unnamed and unremembered.