Hampering Shepherds from Shepherding (with the Best of Intentions) 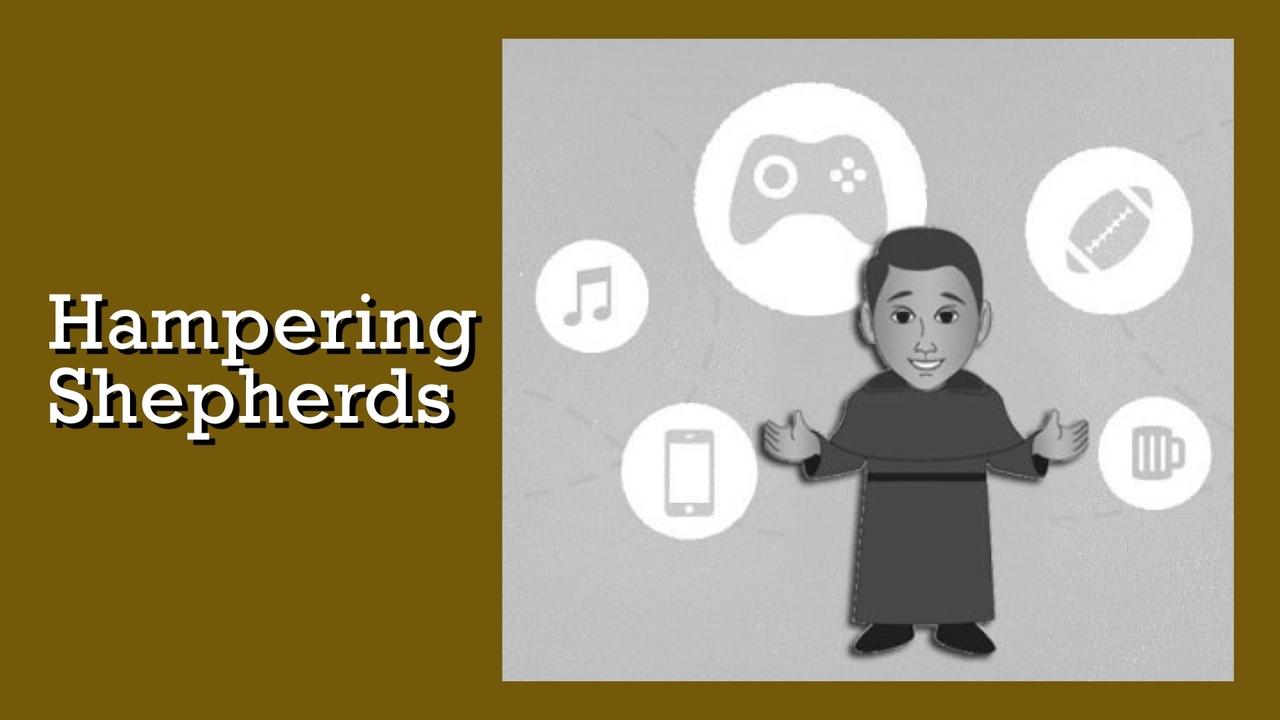 Good intentions!  I’ll never cease to remind you that the road to Perdition lined with these.  I realize that ambitious amateur tempters would rather conspire spectacular scandals.  But particularly when it comes to territorial responsibilities like yours, good intentions can be quietly, even imperceptibly effective.  Remember: our Liege Lord masquerades as an “angel of light” and those of us in his demonic band as “messengers of righteousness.”

Mere mortals tend to think of our Master as an insidious destroyer.  They are inclined to believe that his plan has always been to play fast and free with goodness, truth, and purity wherever they might be found.  In fact, our Abysmal Sublimity does not so much want to tear down “godly” conventions and mores as to build up his own.  His urge to delicious misworship is but the engendering of fine traditions, magnificent achievements, and beneficent inclinations—yet all apart from the endowments of the Enemy’s order.  From the apex temptation in the Garden to the present, his conspiratorial plot has always been to offer some sane, attractive, and wholesome counterfeit to the true Kingdom of our Foe.

That’s why good intentions are the perfect tools for your task to hamper shepherds from shepherding, to deter pastors from actually pastoring.  Amorality is obvious and short-sighted; scandal lasts but for a season; but fiddling the days and hours away on sweet-nothings can become habits of a lifetime—thus, wrecking far greater havoc on the church with less work on your part.

Strive for ministerial service without the pastoral; we want a plethora of well-served pulpits combined with a disconnection between ministers and people; we desire a most imperfect spiritual husbandry—confined to the mere casting of the seed upon the ground, without any preparation of the soil before and without any inquiry or care about the progress of the vegetation afterwards.

Pastoral care and discipleship are time consuming and by all appearances, inefficient—so use that to your advantage.  Given all the other duties pastors are expected to fulfill, making them feel harried and overwhelmed is hardly difficult.

Encourage them to dawdle over their mail—or better yet, their e-mail, blog posts, Facebook pages, Twitter feeds, web links, and iPhone apps.  These are all fine things in and of themselves of course, which makes their wastrel effects so easily justifiable: “tools for ministry,” “making work more effective,” “good, prompt communication;” see how simple the spoils?

We must be clear about this: the consummation of evil is not best attained by getting our subjects to indulge in puerile peccadilloes—oh, that is such a ham-fisted notion.  Rather, it is as simple as distracting them from their providentially ordained callings.  All of the obvious pastoral sins are quite useful, of course: false humility, man-pleasing, discontent, prevarication, envy, etc.  But all you have to do is set a few good-intentioned distractions in front of them; your assigned pastors will take it from there and those other sins will breed quite naturally on their own.  Virtual ministry: what a wonderful notion.  Just provide an escape from people that masquerades as ministry, dear Twaddle; they’ll reboot on their own!