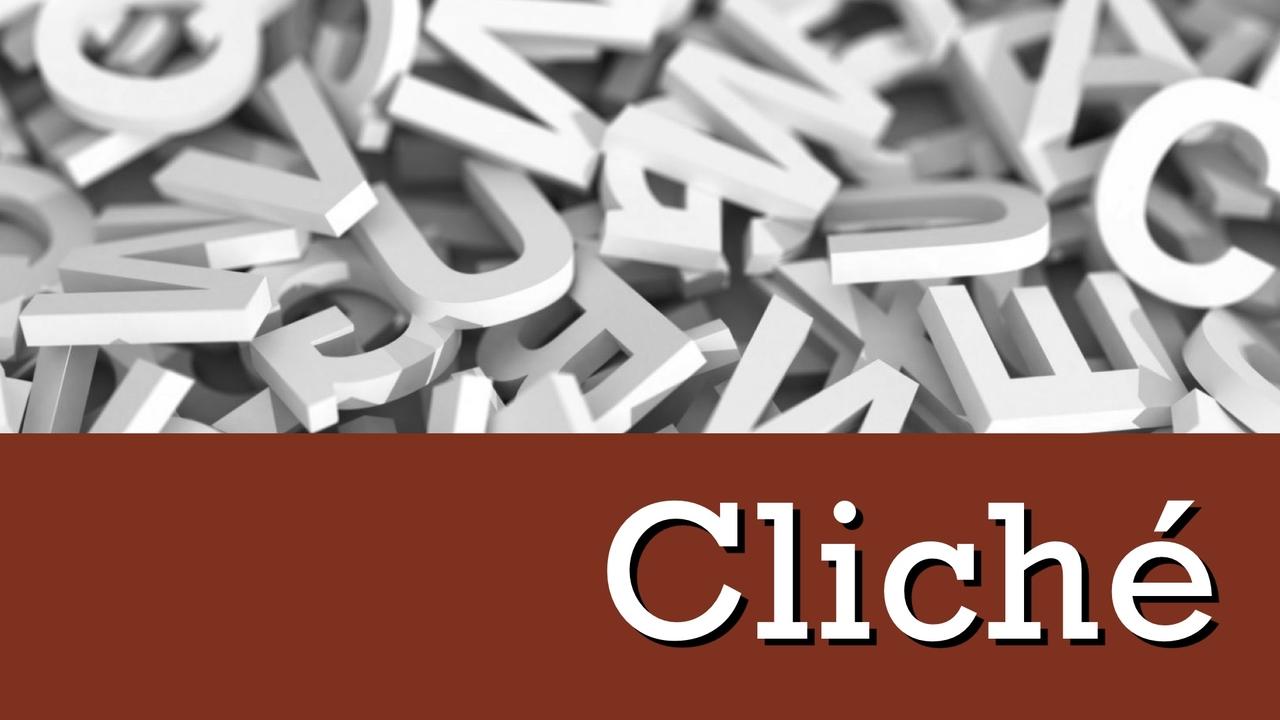 Clichés are by definition stock phrases or expressions that have become hackneyed, trite, or banal by overuse. They are worn-out platitudes, maxims, or truisms. They are tired and predictable declarations of self-evident truths. Clichés are, to use a cliché, old chestnuts.

Sparkling prose, we’re told, should always avoid such stagnant mire. Good writers, we are assured, think outside the box and avoid clichés like the plague—though admittedly, even that sentence is a bit like the pot calling the kettle black, with a fist full of clichés, thick as thieves.

The truth is sayings only become clichés because they’re true—or, at the very least, they are truisms. Tom Quackenbush has said, “Clichés work by appealing to our collective unconscious. They are like the Pachelbel Canon in D of writing, something familiar that the talented can riff off to create distinctive work.” Likewise, Terry Pratchett has quipped, “The reason that clichés become clichés is that they are the hammers and screwdrivers in the toolbox of communication.”

Interestingly, even the word “cliché” comes from the workbench. It was originally a technical French idiom used as printer’s jargon for movable “stereotype” blocks. These were small metal plates from which prints or designs could be reproduced endlessly without variety. This was called “stereotyping.” Apparently, when the blocks were dropped into place they made swishing, clicking, and echoing sounds, a bit like the rhythmical ticking of a clock. And thus, the onomatopoeia: cliché.

English type-foundries called this process “dabbing.” But, that is a whole different story.

In any case, clichés are both literally and figuratively well-worn tools. Rafael Reyes has argued that, “Clichés can actually be Truth’s most loyal friends.” Of course, not all that glitters is gold. Stephen Fry has countered, “It is a cliché that most clichés are true, but then like most clichés, that cliché is untrue.” Or is it?