The Ichabod Church and Basil 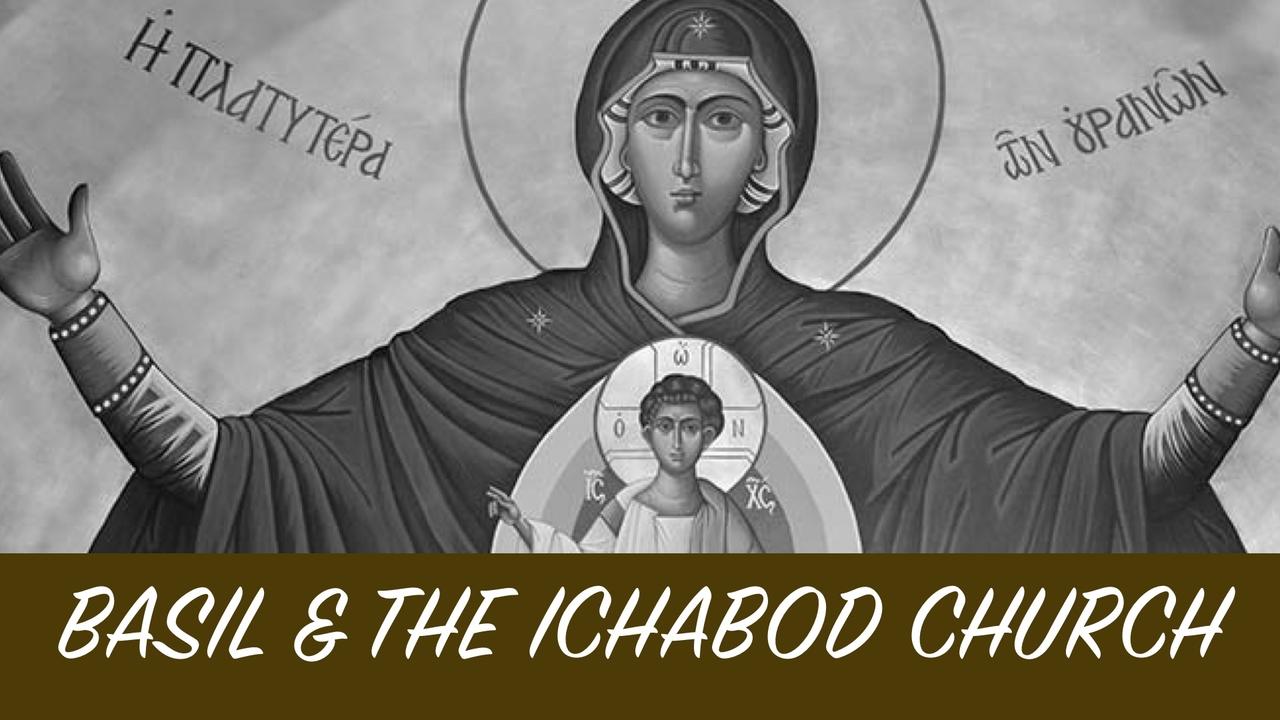 “And thus was he called Ichabod, for the glory of the Lord had departed.”  1 Samuel 4:21

The rising tide of heresy in the latter half of the fourth century very nearly engulfed the entire church.  Most of the Nicean fathers had either passed into glory or were constrained by dotage.  Even the seemingly ageless Athanasius gave up his long struggle contra mundum and in 373 entered into his eternal reward.

The age was not without men of merit.  John Chrysostom (345-407) was a golden-tongued preacher of extraordinary courage and tenacity.  Gregory of Nazianzus (329-390) was a brilliant theologian, a gifted poet and hymn writer, and a careful expositor.  But as dynamic as both of these men were, they were unable to turn the tide.  In the end they were defeated, deposed, and sent into exile by the opponents of Biblical orthodoxy.  By all accounts it was the delicate, retiring, and sensitive Basil of Caesarea (329-379) who ultimately stood foursquare against the surging sea and prevailed.

It was into a family of great wealth and distinction that Basil was born.  Of all the great dynasties that mankind has seen emerge out of the morass of convention and commonality, perhaps none has left as permanent an impress on the course of history as that of the Cappadocian Valenzias.  The Habsburgs, the Romanovs, and the Medicis were prodigious in their accomplishments.  The Stuarts, the Bourbons, and the Mings were remarkable for their impact.  The Warburgs, the Rothchilds, and the Carlyles gave shape to one generation after another.  But, the Valenzias outshone them all.

Basil's grandmother, Macri of Lyyra, his father Battia of Cappadocia, his mother, Emmelia of Athens, his sister, Macrina of Pontus, and his two younger brothers, Gregory of Nyssa and Peter of Sebastea were all numbered among the early saints of the church.  One of his other brothers, Paulus of Ry, became Chief Counsel to the Emperor and still another, Stephen of Alexandria, became the Imperial Governor of Byzantium's largest colonial region.  Three of his decedents eventually bore the Imperial Scepter and two others ascended to the Ecumenical Throne.  For more than a thousand years some member of this remarkable family held a high position in Constantinople's corridors of  power and influence.

But as great as his family was, Basil was himself, greater still.  Renowned for his encyclopedic learning, he studied in all the great schools of his day—in Caesarea, Constantinople, Athens, and Rome.  For a short time he practiced law with an eye toward a public career, but he determined to heed a call into the ministry instead.  He helped to establish a Christian community in Annesi where he distinguished himself as a man of extraordinary charity and brilliance.  It was not long before his reputation reached the farthest edges of the Empire: he had a productive theological pen; and he was a man who combined a deep and sincere piety with a tough and realistic practicality; he had a heart for the poor and a passion for justice.  In short order, he was called to the very prominent parish ministry of Caesarea.

Diligent to perform his pastoral duties, Basil soon found himself overwhelmed with busyness.  He lead eighteen services every week—except just before Christmas and Easter when there were more--in addition to his work of catechizing the young, visiting the sick, and encouraging the distressed.  He also kept up a heavy correspondence and continued his theological output.  Despite all this, he was able to involve himself in the issues and concerns of the day.  He was deeply moved by the plight of the impoverished and spent the rest of his life seeking practical ways to alleviate their suffering and to facilitate their recovery.  He instituted the practice of almsgiving in Caesarea, utilizing the resources of the church in order to create new opportunities for the needy—in order to transform their poverty into productivity.  Because health care is an important part of that process—and because the poor were generally denied access to anything but the crassest form of folk medicine—Basil opened the very first non-ambulatory hospital.

He was also a valiant defender of Biblical orthodoxy.  Despite drawing the opposition of the rich and powerful in the empire, he made his mark as a quick-witted adversary to the heretical Arians.  He issued forth with a torrent of tracts, epistles, sermons, manifestos, and anathemas—most of which were used to great effect in the proceedings of the Second Ecumenical Council just two years after his death.

But it was not so much his ire against the heretics that won the day, it was his evident grief over what he called the “Ichabod Church.”  His tone was never taunting, sarcastic, or provocative.  Instead, his sorrow for the “passing glory” of the church was palpable, demonstrable, and always evident.  As Gregory of Nyssa asserted, “He mourned over Byzantium even as Jesus wept over Jerusalem.”

He called upon the orthodox to “never relent in the face of perverse and innovative doctrines.”  He urged them to “seize every opportunity to proclaim the truth of the Gospel, without taint or error.”  But all the while he also urged them to do so in the posture of repentance.

He called on the faithful to observe days of fasting and penitence.  He beckoned the remnant to live lives that reflected the soberness of the times.  The maw of heresy had snatched away their only glory—it was just as if Eli had fallen, the ark had been captured by the Philistines, and the army of Israel had been slaughtered: it was an Ichabod day to be met in an Ichabod fashion (1 Samuel 4:12-22).  It was an Ichabod day to be heralded by repentance first and foremost.

Apparently, his sorrowful mien stung his opponents more than all the barbs of his arguments.  The Arians seemed to have a retort to all his propositions, but they were left speechless in the face of his holy grief.  They tried their best to taunt him into a bitter squabble—anything to lure him off the moral high ground of pious distress.

When Basil died just before the convening of the Ecumenical Council, which he had called for, he had not only made his mark on the church, he had altered the course of human history—and he had laid the groundwork for the flowering of one of the greatest family dynasties mankind has ever known.  And he laid it not merely on brilliance, effectiveness, and forthrightness, but on repentance as well.  He was, in other words, the very opposite of the Ichabod Chruch in every way.