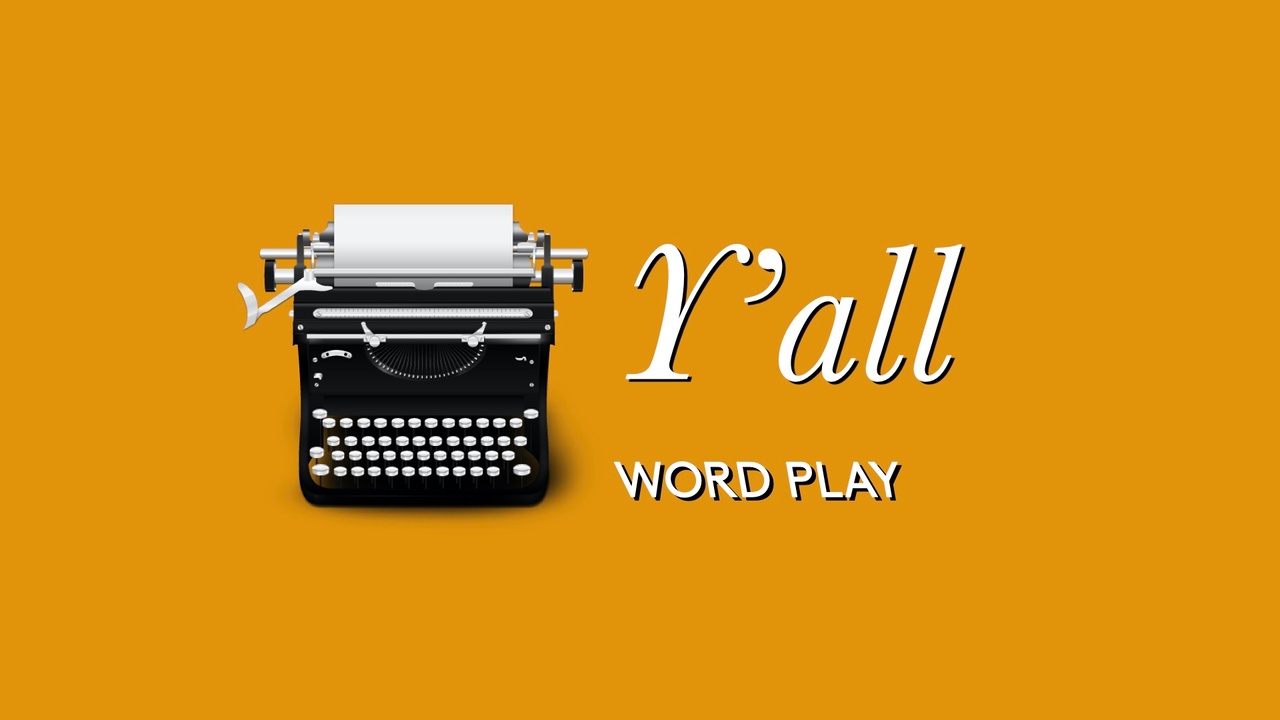 I find there is a particular charm in the linguistic gymnastics of the Southern lexicon. Among my favorite uniquely Southern terms are: cattywampus, lolollygag, piddling, tarnation, and conniption. I also take great delight in picturesque descriptions like: plumb tuckered, fixin’ to, tump over, hissy fit, and over yonder. And then there are the Southernisms necessary to describe life’s great imponderables: thingamajig, doohickey, whatchamacallit, doodad, and gizmo.

But, of all the treasures in the standard Southern vocabulary, for me, far and away the most essential is the word y’all. Though it is as Southern as sweet tea, biscuits and gravy, pulled pork, and grits, y’all actually serves an important grammatical function—filling a void left by the obsolescence of second-person plural pronouns in standard English. We have separate singular and plural first-person pronouns, with I and we. We have separate third-person pronouns, with he, she, and they. But there are no second-person plural pronouns; you is both singular and plural.

Ye once served that purpose. Think of its usefulness in the King James Version: “Ye are the light of the world,” Jesus told a crowd in Galilee.

Notice the distinctive use of both singular and plural in Christ’s famous declaration to Nicodemus, “Marvel not that I said unto thee (singular, object form), ye must be born again (plural, subject form).”

Even thou, the etymological informal brother of you, fell out of general usage sometime around the 18th century.

Besides y’all there have been any number of attempts to fill this grammatical void. For instance, there is you guys—which suffers from gender perplexity. Or there are awkward slang terms like youse, yinz, you-uns, and allyuh.

As Celia Rivenbark, author of Bless Your Heart and Other Southern Endearments asserts, “I’d rather sooner wear white shoes in February, drink unsweetened tea, and eat Miracle Whip instead of Duke’s than utter the words you guys.”

While we might assume that y’all is simply a contraction of you all. Linguistic scholar Michael Montgomery suggests that y’all actually descends from the Scots-Irish ye aw.

Contractions in English typically stress the first word and shorten the second. But y’all does not conform to this pattern, he notes. Instead, it stresses the second word and shortens the first. Additionally, there are no other contractions in English that involve all, whereas we have many involving will, not, and are. These irregularities suggest a richer and more complex origin.

In any case, y’all is exceedingly useful. And, if I had my druthers all y’all will just keep right on using it, ‘til Kingdom come.