5 kernels of corn & a basket of laundry (The Pilgrims 3) 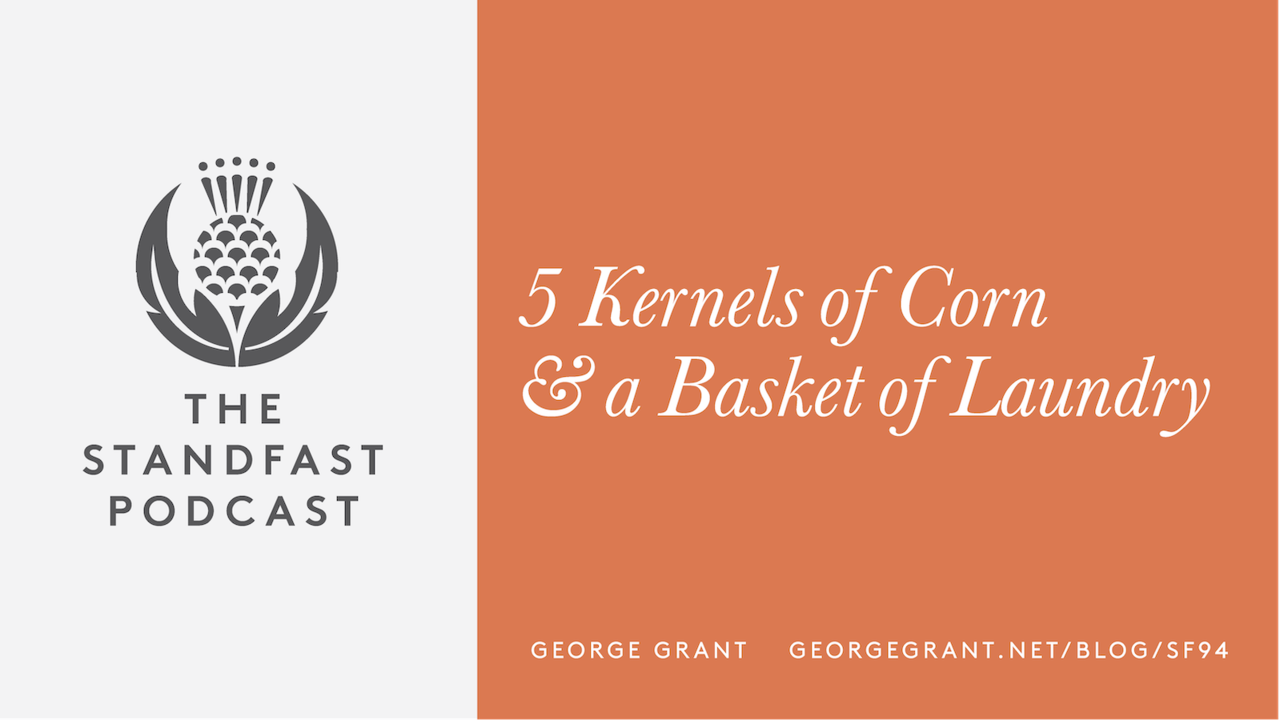 The first Thanksgiving happened over a year after the passengers who traveled aboard the Mayflower made it to the New World.

Interestingly enough, the group learned quickly that the affairs of everyday life— things such as laundry and meal preparation— were the most pressing. Whereas we often search for God amidst the serene and secluded, they found Him amidst the mundane and normal…

One hundred and two of them disembarked the ship, but over 50 of them died over the next two winters. It was hardly a strong start to a new civilization, nothing like the list of things for which we might be thankful.

The group learned quickly that they couldn’t “instantly” build the new civilization of which they dreamt. Rather, they had to consume themselves with simply doing “the next right thing.”

Over time, the built a city on a hill, which would become well-known throughout the world (in their time) and across the pages of history (in our own.). New immigrants reinforced their ranks. Learned skills increased their adaptivity.

At one point, when the new experiment was still in doubt, the rations became small— so meager that each person was allowed merely 5 kernels of corn per day. That’s how close they came to starvation.

In this episode of the Standfast-cast we discuss where you go— and how you get there— when there’s nowhere to go but up, when you’ve hit rock bottom yet can Hardley see any way out.