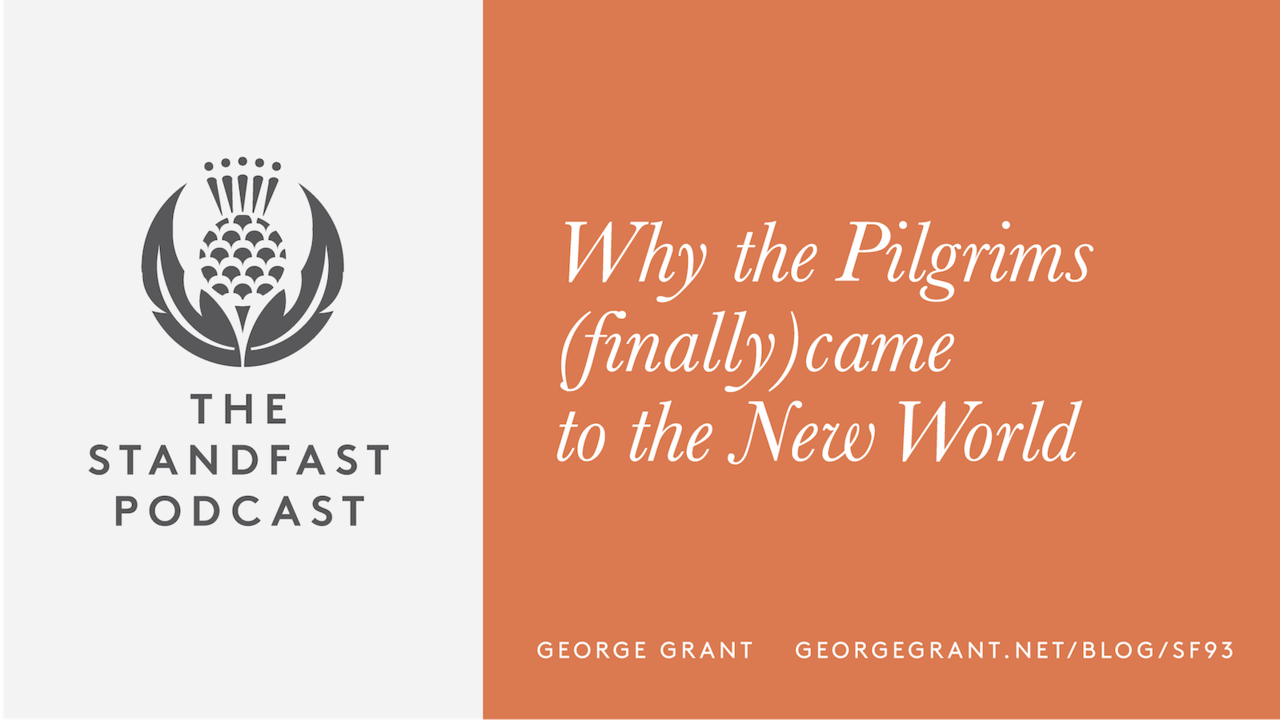 In this episode of the Standfast Cast we continue our conversation from the previous week and discuss WHY the Pilgrims came to the New World in the first place.

By the year 1619, after almost a century of tumult and tribulation, two ships received permission to head to the Americas. One turned back early, as it was taking water and was destined to sink otherwise.

The other, the Mayflower, made the trek.

John Robinson, the pastor who stayed behind in the “old world,” sent his congregants with some advice as to how to live under God and with each other.

4. Make sure you don’t so pursue your private interests in the new world that you do so to the determinant of the common good.

5. Free elections. Choose people among you who are full of wisdom... let them lead... and then give them due obedience and respondent.

Providentially, the group who made the voyage cross The Atlantic paused before heading ashore on November 11, 1620. They took Robinson’s counseling and created a covenant before heading to their new home.

They called it… the Mayflower Compact.