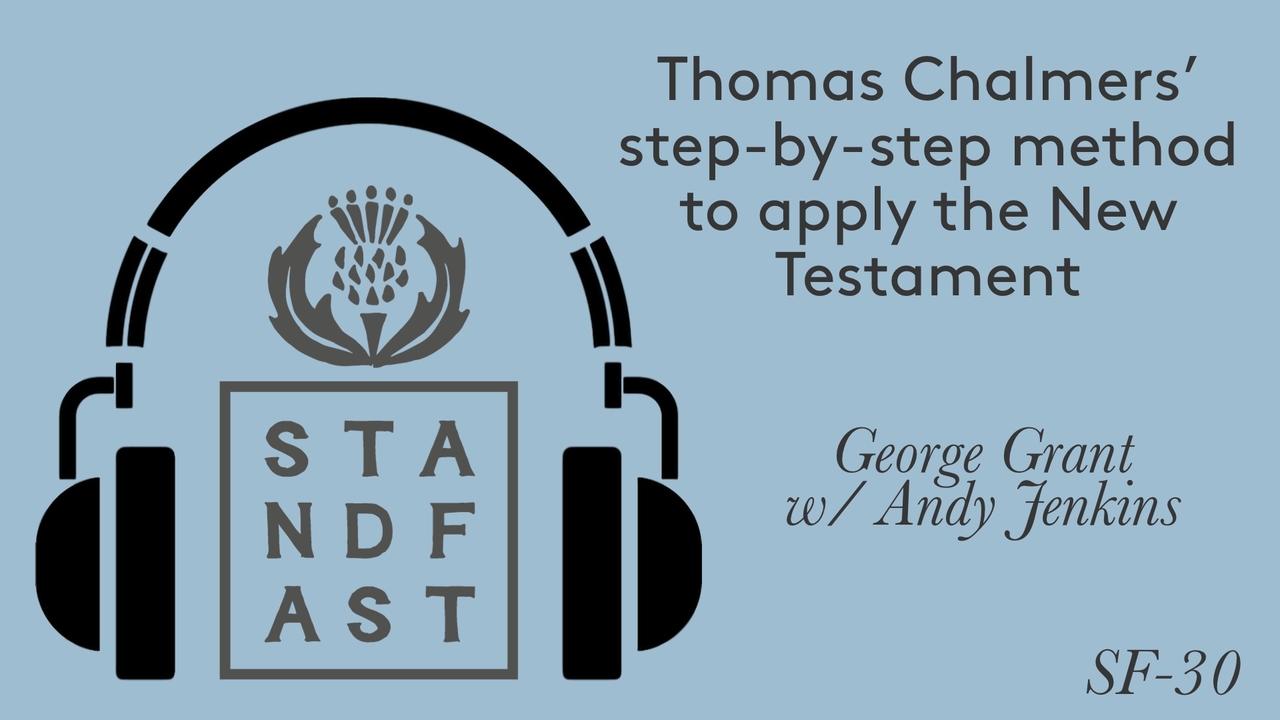 It is not possible to maintain orthodoxy through induction. Instead, orthodoxy must naturally be deductive- rooted in the rightful elucidation of the Holy Scriptures. Herein is the first principle of ecclesiology.

So, Chalmers endeavored to expose men and women to the Word of God. Further, he labored to create a tool whereby the could bury the Word deep in their hearts.
Chalmers, a mathematician, took a very systematic approach:

The result was a summary of the New Testament which provided a rich theology, covering all the major themes of the written text.

When Chalmers finished compiling the verses, he recalled-

I finished this day my perusal of the New Testament by daily chapters, in which my object was to commit striking passages to memory.I mean to begin its perusal anew, in which this object shall be revised, and the object of fixing upon one sentiment of the chapter for habitual and recurring contemplation through the day shall be added to the former.

Over time, the keystone verse- to Chalmers- changed. Depending on the depth of his theology, the dynamic of his relationship with the Lord, and the season of life in which he found himself, the Word illumined itself in different capacities.

… the word of God is living and active, sharper than any two-edged sword, piercing to the division of soul and of spirit, of joints and of marrow, and discerning the thoughts and intentions of the heart.

Paul reminds us that as we behold Christ- the living expression of the written Word- we find ourselves in the process of being transformed more and more like Him- so much so that encountering Him becomes increasingly more as if we observe ourselves in a mirror (2 Corinthians 3:18):

And we all, with unveiled face, beholding the glory of the Lord, are being transformed into the same image from one degree of glory to another. For this comes from the Lord who is the Spirit.

James reminds us that doing the Word is the natural overflow of encountering it (James 1:23-25):

For if anyone is a hearer of the word and not a doer, he is like a man who looks intently at his natural face in a mirror. For he looks at himself and goes away and at once forgets what he was like. But the one who looks into the perfect law, the law of liberty, and perseveres, being no hearer who forgets but a doer who acts, he will be blessed in his doing.

This all begins with belief, though, which manifests spontaneously as we encounter the Word.