SF 29- Thomas Chalmers & how to forge a living faith 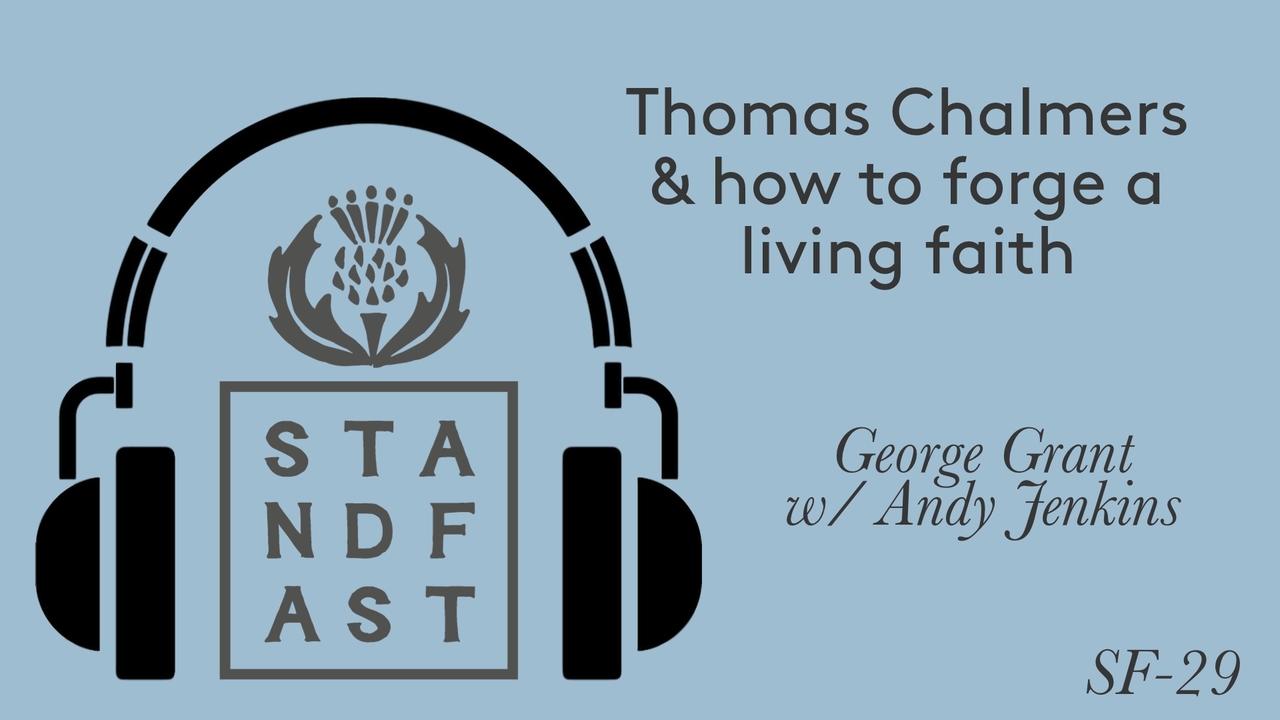 In this episode, George reintroduces us to one of his heroes in the faith, Thomas Chalmers. And, he talks about a new project on the horizon- the Keystones project.
Here’s the background…

Iain Murray is the preeminent Christian historian and biographer of the last generation and the founder of Banner of Truth.

When Chalmers was born in 1780 it was about the deadest time in the history of the Church of Scotland since the Reformation. When he died in 1847 it was about the livest. The difference was almost entirely attributable to the Spirit’s work through him.

Chalmers trained a generation of leaders, radically altering the spiritual, moral, and political climate of Scotland.

Scotland is now filled with men- and England more than a few such- who never weary in giving utterance to their feelings when they speak of those times of happy excitement when they spent in the presence of Dr. Chalmers in Moral Philosophy or Theology in the class room while the great man himself held the mind and the soul all present in his powerful grasp. In as much as he sent forth over its surface a body of men, who if they turn not aside from the path that he sent them forward may, and with God’s help will, bring about the Christian regeneration of Scotland. For now every part has a young, would-be Chalmers.

Whereas humanism often suggests methods of “doing” before “believing,” Chalmers insisted the Biblical paradigm is “believe before do.”

On the system of “Do this and live,” no peace, and even no true obedience, can ever be attained. It is “Believe on the Lord Jesus Christ and thou shalt be saved.” When this belief enters the heart, joy and confidence enter along with it. The righteousness we try to work out for ourselves eludes our important grasp, and never can a soul arrive at a true and permanent rest in the pursuit of this object.

In placing belief at the forefront, Chalmers echoed Jesus’ words from John 6:29-

“This is the work of God, that you believe…”