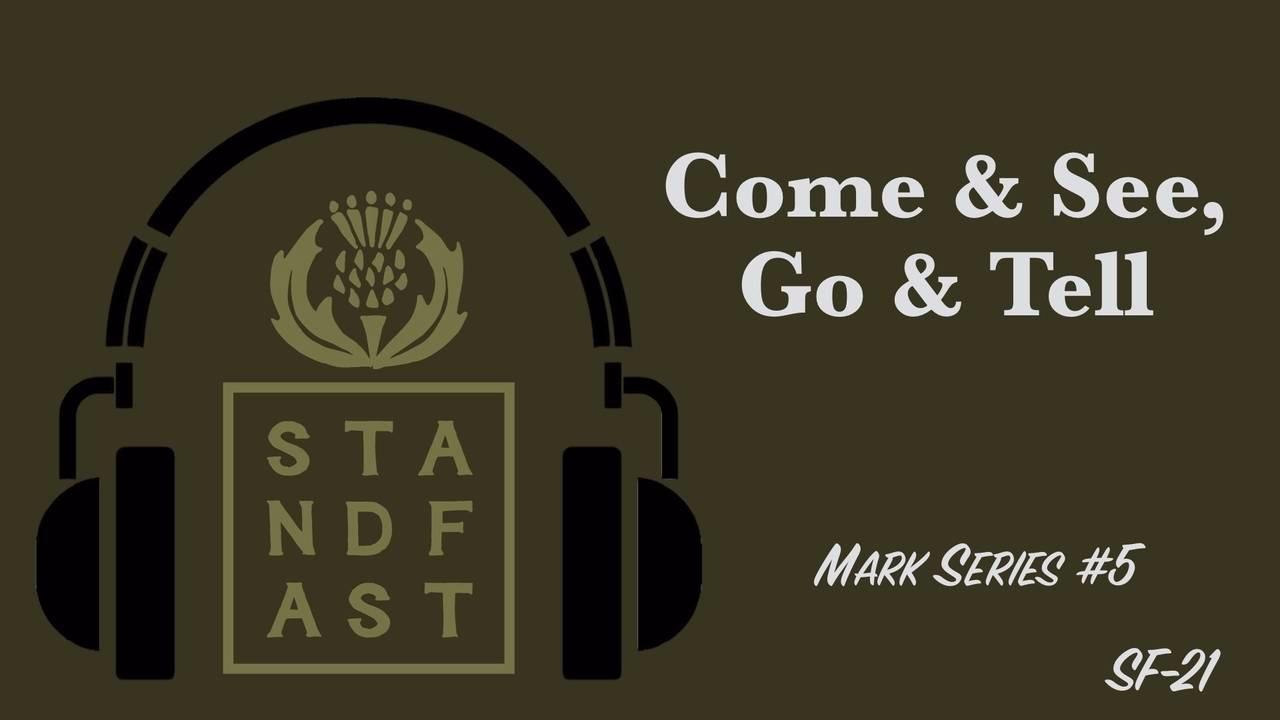 In talk #5 in the Mark series, we go to chapter 5, to the region of the Gadarenes. The Decapolis (area of ten cities), as it was common called, was known for being an area of “trouble” in the ancient world. It was known for its problems.

Aside from being a place of pure unrest (even in our culture today, it’s a dangerous area), the Romans resettled the ten cities, most of them being dedicated to emperor worship. During the time of Jesus, it was also known for pig farming (which will become relevant to the story here). For a faithful Jew, this was not a great place to go.

Jesus ends up there in a strange way. He crosses the Sea of Galilee (and calms a storm in the process in Mark 4:35f.), steps out of his boat, and is immediately met by a man of the tombs- a man with an unclean spirit (5:2). The people of the city sent him there, as he was possessed with many demons. He couldn’t be constrained- even with chains.

When Jesus arrived, the man approached Jesus, fell at His feet, and asked Him what He had to do with him. Then, he begged not to be tormented (5:7).

After some time, the demons in the man- a legion of them- begged Him to send them into the nearby swine. Jesus obliged, and the pigs (now demon-possessed) ran down an embankment and drowned themselves in the Sea of Galilee (5:13).

They all begged Jesus to leave the area (5:17). And the once-possessed man urged Jesus to permit him to go with him, presumably as a disciple.

Jesus told him to stay- and to go tell all of his friends what the Lord had done for him (5:20).

Now, Jesus leaves the region- by getting back in the boat. He obliges the townspeople, in other words. But, that’s not the end of the story for the demon-possessed man OR the region of the ten cities.

Later in the Gospel, Jesus RETURNS to this man’s area. In fact, He does so not years later but a mere few weeks or months- at the most.

Sometimes, we don’t see what God is doing- not in the moment, anyway. For instance, we might think, “Jesus, take the healed man with you. This is a great story. Everyone knows him and everyone will see your power!”

But Jesus, instead, sends the man to go tell everyone what the Lord has done for him.

Within a few months, Jesus returned to this area- and area which initially wasn’t receptive to Him (see 7:31). While back in Decapolis, Jesus first heals a blind man (7:37).

Then, one of the most famous stories of all occurs- Jesus feeds the 4,000, after the people remain with Him for days, listening to His teaching.

What happened? Perhaps the once-demon-possessed man became an evangelist, someone who opened the doors for the Savior’s return.

In this, we learn the rhythm that Mark teaches throughout his Gospel, the same pattern we’re called to live now. That is, there’s a moment when we need to “come and see” Jesus. Yet we don’t stay there. We turn and “go and tell” others, inviting more and more people into the story of radical redemption.