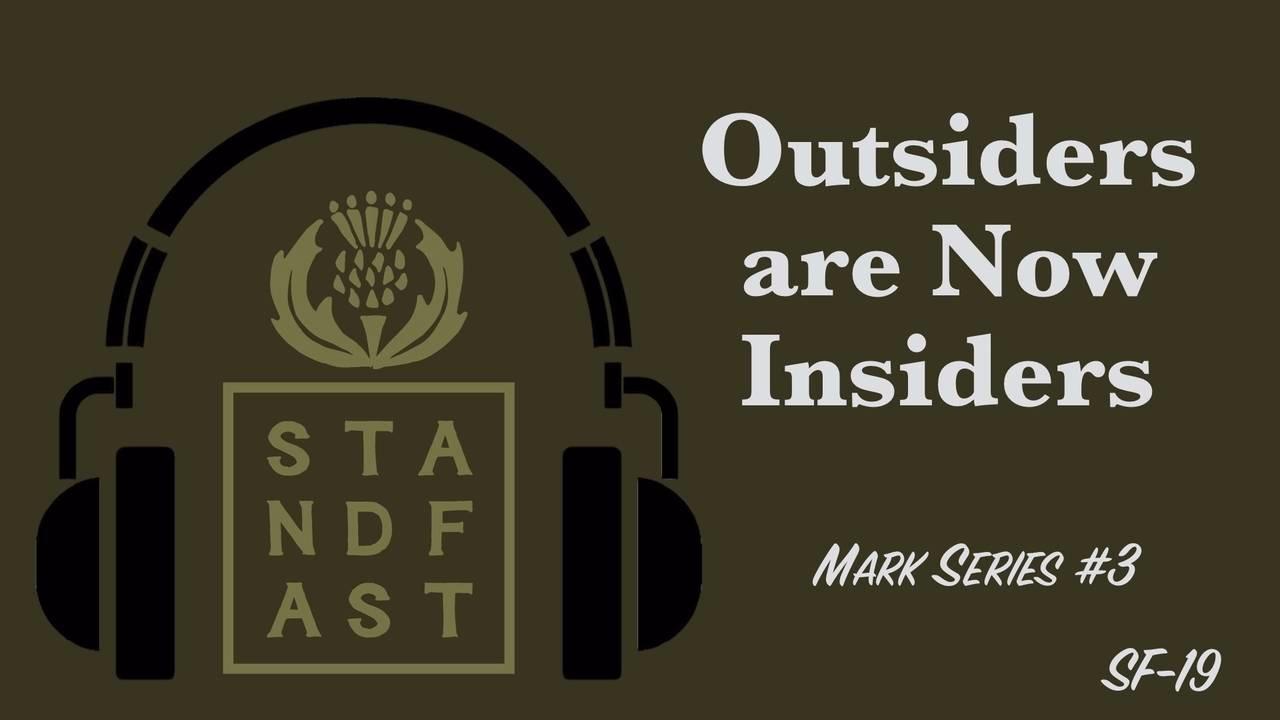 So we begin our third discussion in the book of Mark with a ramble about George’s library. That leads us to one of the first books Andy notices, a book about the libido.

“Can we say that word on the podcast?” he asks.

George affirms we can. Then, as he’s prone to do, he launches into a brief discourse about faith, life, and the intersection of God’s goodness. He says something like, “When sexuality becomes the driving factor in society, things radically shift and go downhill morally… that’s what this book talks about.”

After that, we make the leap to the Gospel of Mark. Straight to chapter 1.

There, we see that Jesus confronted a culture much like ours, an era in which so much seemed adrift morally and spiritually.

Early in chapter 1 we watched Jesus get ordained as a priest. He’s endowed with authority by John the Baptist and He’s endorsed by His Heavenly Father. He defeats Satan in a wilderness-temptation standoff. Then, He injects himself into first century culture. Again, it was backwards and perverted as ours.

We see Jesus confront demons, the broken, despondent, lonely, shunned. He offers healing and redemption to all of them.

He teaches in the synagogue. People are astonished because He teaches with authority. And honor. And grace.

Here’s what’s shocking. The first demon-possessed man we encounter was in their synagogue. It was a new “normal” to them. And, whereas no one else- or no other teaching- had been able to deal with it, Jesus cures the man in an instant.

That leads us to this question: What are we tolerating as normal that we should not? Where have we missed the reach of grace and redemption, simply by not acknowledging the power of the Healer in our midst?

We discuss it in this episode of the Standfast-Cast. And, we acknowledge that Jesus draws lines where we don’t.

… they were all always seeking HIm. And they were met with open arms.

The religious elite, on other hand, generally questioned Him.

And the disciples always wanted to know who would be the greatest. In fact, every time He revealed He was going to die, that was their “go to” mantra in the Gospels.

Listen in. Because the outsiders are now insiders.

Links for this show