SF 17- Mark: A Man of Flimsy Faith Who Learned to StandFast (Mark series #1) 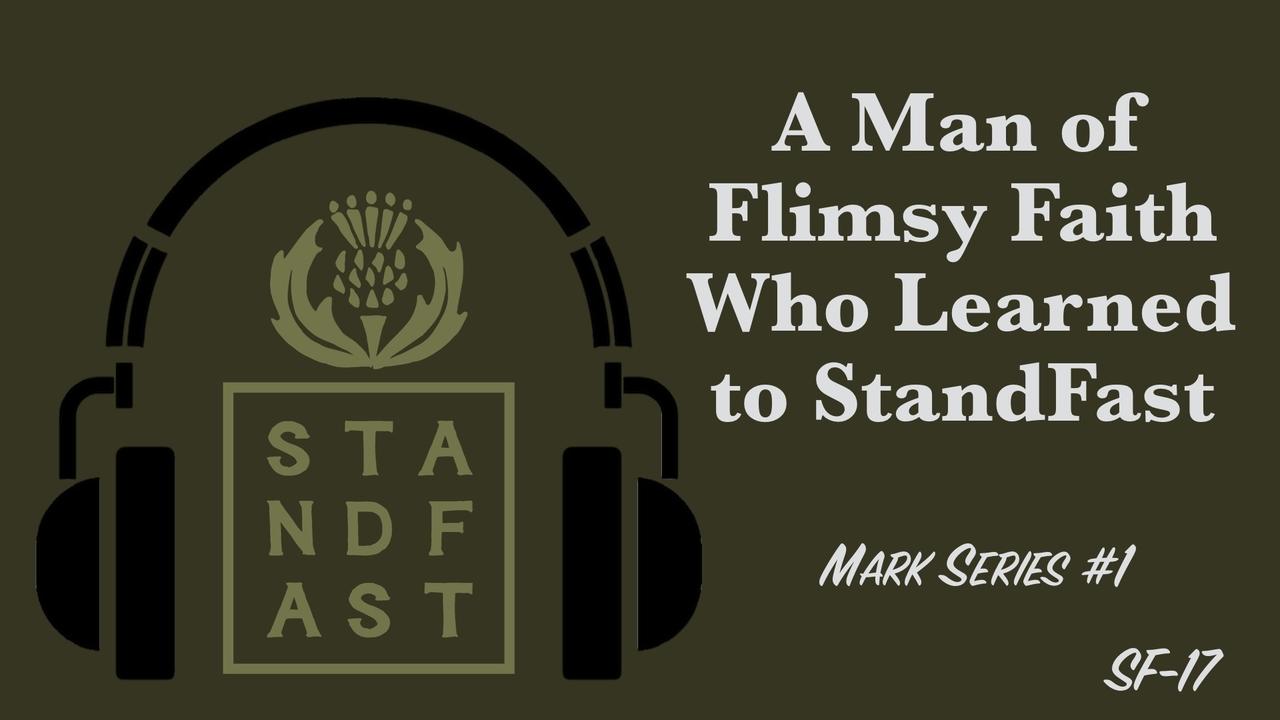 In the ancient world, authors often wrote themselves into stories. They didn’t necessarily tell you they were making a cameo, but they were there. “Insiders” who knew the author well would see the tell-tale signs and realize what was happening.

Turns out, Mark came from a family of some means. More than “some,” actually. Tradition says the Last Supper may have actually been held in an upper room his family owned. Which could have also been the same place the first post-Resurrection Pentecost encounter with the Holy Spirit happened.

That leads many commentators to believe that Mark was the nameless rich young ruler we see in Mark 10:17f.

Read the story and you notice the young man’s familiarity with Jesus- it seems to be more than just “he happens to know who Jesus is.” Jesus, after all, loved him.

He couldn’t do what Jesus asked of him- “sell all you have and give to the poor”- at least, not yet. So, he went away sorrowful.

That’s not the end of the story, though.

Apparently, Jesus and John Mark stayed in close proximity to one another.

You see, most people believe Mark is also the bystander in Gethsemane. As the soldiers come and begin arresting Jesus, the disciples scatter. Mark includes mention of a man who was wearing a linen cloth (as sign of wealth) who is grabbed by a soldier, shimmies out of his clothes, leaves them behind, and runs away naked (see Mark 14:51f.).

We see Mark mentioned in Acts 15:39. Paul and Barnabas part was and head in two separate directions.

John Mark. Barnabas wants to take him; Paul doesn’t. Apparently, John Mark bailed out when the “going got tough” on a previous trip. Barnabas, ever the encourager, thinks the young disciple needs another shot. Paul, the one as likely to be left for dead as found preaching in the synagogues doesn’t want the extra “dead weight.” So, they agree to disagree and separate.

Here’s where it gets interesting, though. At the end of his life, Paul reaches out to Timothy, his “son in the faith.” He asks for a few things…

Paul was well known and respected. He could have asked for anything, yet he asked for the presence of a person instead of a possession. In his own wards, “John Mark is useful to me.”

What does it mean?

Well, we don’t know. Not specifically.

But we do know that this young man is transformed. He’s changed.

This- grace isn’t a license to sin, but it is a hall pass when we get tripped up along the way. And that pass insures God always gets you to your intended destination.

Listen in. Lots of takeaways from this man’s story.