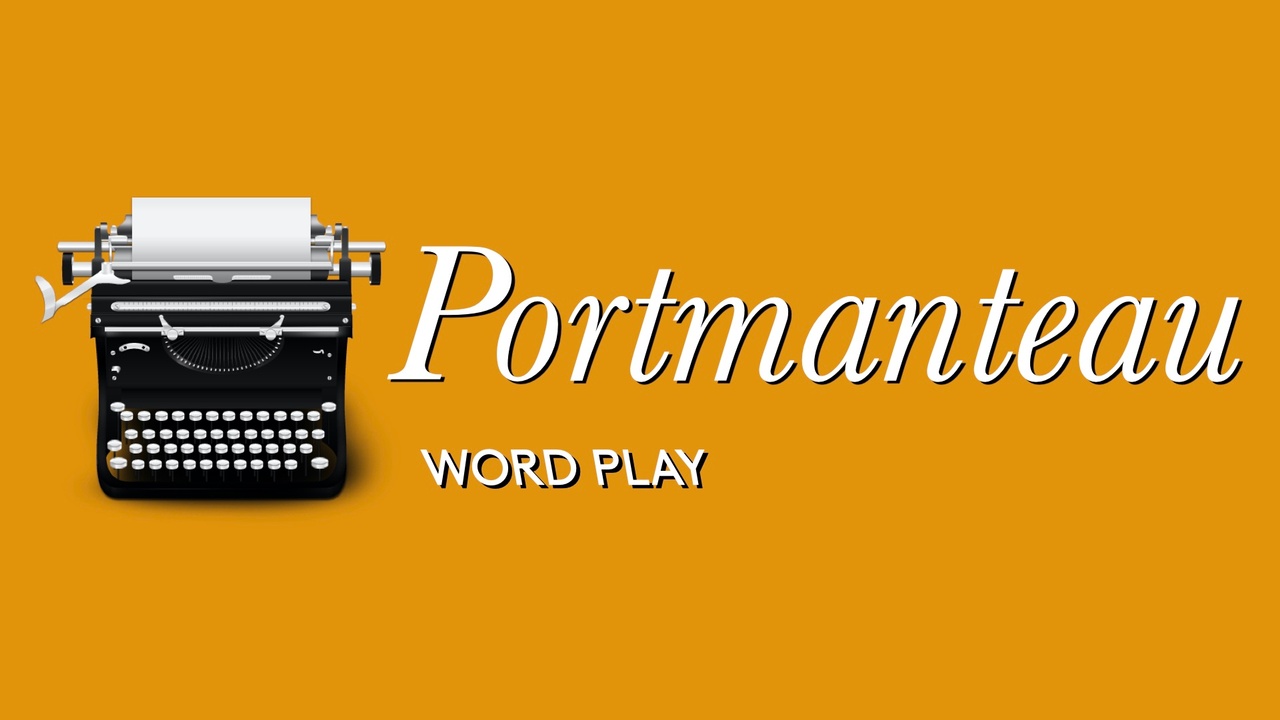 While perusing the dusty shelves of an antiquarian bookshop recently, I ran across a well-worn copy of Rich Hall’s Sniglets, under a stack of Calvin and Hobbes classics. Subtitled, Words that Don’t Appear in the Dictionary, but Should, the little illustrated paperback is a collection of comic neologisms.

Among my favorites are:

As I chuckled flipping through the book, it struck me that each of these clever made-up words were actually portmanteaus—a linguistic blending of two or more words in order to create an entirely new word. Differentiated from compound words like bookstore, baseball, makeup, or notebook, portmanteaus hybridize words—thus, we have smog, from smoke and fog, or motel, from motor and hotel.

Originally, Victorian English borrowed the French term portmanteau to describe a trunk or suitcase that opened into two equal compartments. But, the ever-inventive Lewis Carroll, in his book Through the Looking-Glass, expanded its semantic usefulness.

Humpty Dumpty was explaining to Alice the unusual vocabulary in the poem, Jabberwocky—where slithy means slimy and lithe and mimsy mean miserable and flimsy.

“You see,” Humpty explained, “it’s like a portmanteau—there are two meanings packed up into one word.”

Ever afterward, portmanteau passed into common usage to describe blended words like Brexit and brunch, Oxbridge and Texarkana, Gerrymander and Velcro, infomercial and advertainment, academentia and bloatocratic.

The 19th century philologist, R.C. Trench, asserted, “Not in books only, but often also in words contemplated, there are stores of moral and historical truth… and lessons of infinite worth may be derived from them, if only our attention is roused to their existence.”

Portmanteaus help us describe new developments, trends, fashions, movements, and events, in turn, enlivening growing our language. But, besides all that, they rouse us to good sniglety humor!