Word Play: Once Upon 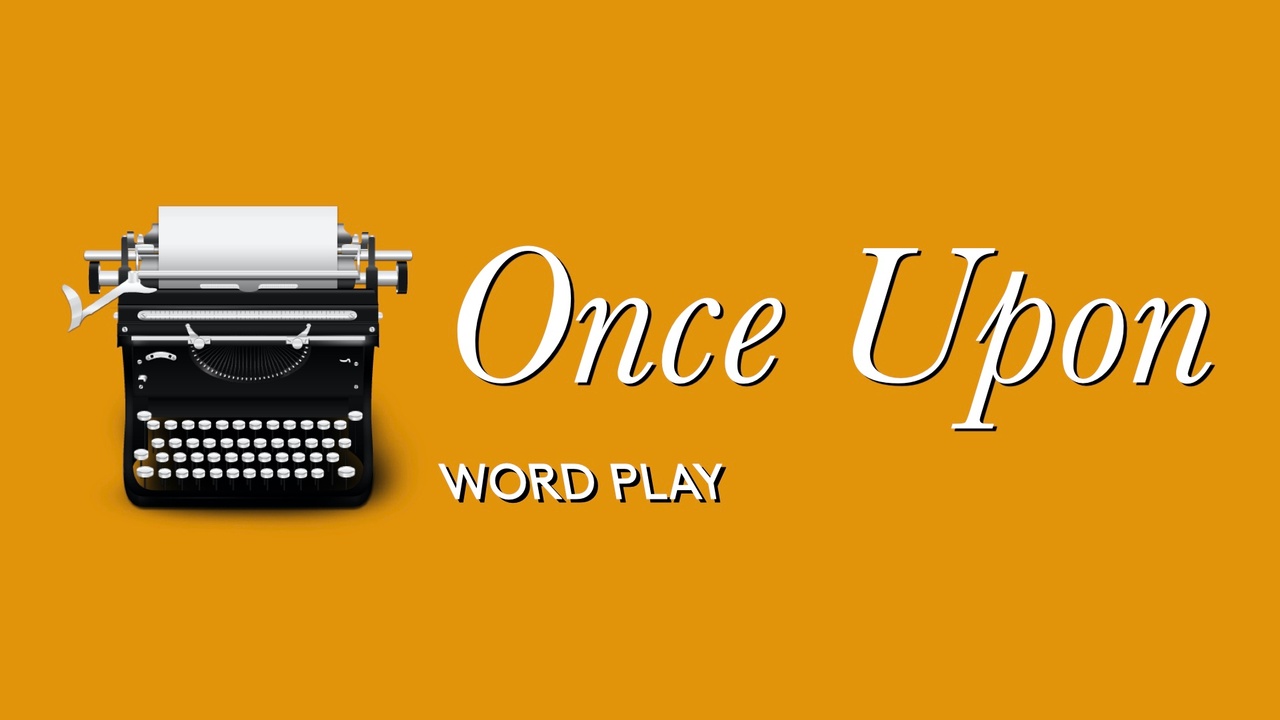 When we hear those very familiar words, we know that whatever follows is likely to be a story—perhaps a fairy tale or a fable or a morality tale.

“Once upon a time, there were three little pigs.”

Or, “Once upon a time there was a little girl who lived in a village near the forest. She always wore a velvet riding cloak of scarlet, so everyone in the village called her Little Red Riding Hood.”

Or, “Once upon a time, old Scrooge sat busy in his counting-house.”

According to Oxford English Dictionary, the phrase dates from at least the 14th century. It was already common when Geoffrey Chaucer began composing The Canterbury Tales. By the nineteenth century when the fairy tales of Hans Christian Andersen and the Brothers Grimm were translated into English, it was such an evocative trope, it was firmly established as the stock opening for any retelling of folklore.

“Once upon a time” comes from an Anglo-Saxon idiom meaning, “at some unspecified time in the past.”

Notice: it is purposefully imprecise. It could imply “long, long ago.” Or, it could be a more recent memory.

Also notice: there is a rhythmical and poetic redundancy in the phrase. “Once” means “on some occasion;” while “upon” is used in a now obsolete construction meaning “in, at, or during a moment past;” and “a time” is “the unfolding timeline of the story.”

Taken together all these elements help us to immediately recognize that the story we are about to read may well be true as a truism, but not as history. It is a legend, a parable, a myth, or a fairy tale.

It is striking, isn’t it?

The story of the Gospel does not occur “once upon a time.” Instead, it opens with the historical precision of genealogies and verifiable timelines.

Luke’s Gospel narrative begins, “In the fifteenth year of the reign of Tiberius Cæsar, Pontius Pilate being governor of Judæa, Herod tetrarch of Galilee, his brother Philip tetrarch of Ituraea, and Lysanias the tetrarch of Abilene, when Annas and Caiaphas were the high priests.”

No, the Gospel is no fairy tale. It is not a “once upon a time” fable. Instead—as the Apostle Paul asserted in Galatians 4:4—it is the revelation of good news “in the fullness of time.”