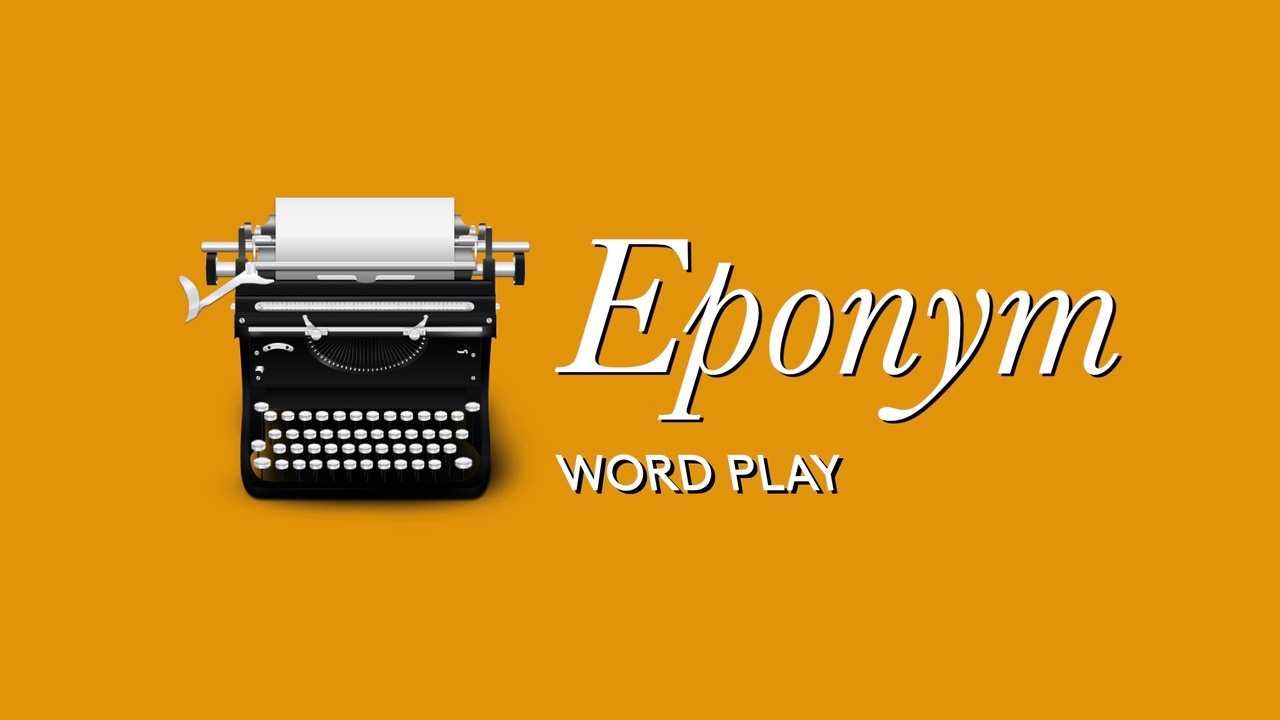 What do sandwiches and sideburns, boycotts and bloomers, martinis and mausoleums all have in common?

Well, the same thing that knickers and Nikes, fedoras and Fabians, derbies and derringers have in common. They are all eponyms.

Eponyms are names that have, over time, become familiar words. So, for example:

Meanwhile, knickers are named for Washington Irving’s pseudonymous chronicler of the history of New York, and Nikes are named for the mythic Greek goddess of victory. Fedoras are named for the tragic Russian theatrical character, Fedora Romanoff, and Fabians took the moniker of a famous general during the Punic Wars, Quintus Fabius Maximus. The 12th Earl of Derby established two classic horseracing events, and the Philadelphia gunsmith, Henry Derringer, pioneered a diminutive pocket pistol. Every one of these circumstances have graced our vocabulary with eponyms.

The word eponym came into English usage sometime during the third decade of the nineteenth century. It is derived from the Greek word, eponymos, where epi, means “from or after” and onyma, means “name.” So, an eponym is simply something that is “named after” another thing.

Word stories abound in every eponym: think of amazon and ammonia, amp and aphrodisiac, assassin and atlas.

Or, there is babble and balaclava, Bedlam and begonia, behemoth and blurb.

There is calypso and cant, cartesian and Celcius, chartreuse and chauvinism.

Eponyms all. And, that’s just the beginning of the As, the Bs, and the Cs.

As I write this on my Macintosh, I’m wearing Levi’s and a cardigan.

I’m snacking on Graham Crackers and drinking tea from a Mason Jar.

Eponyms are everywhere! Alas, as mesmerizing as all this is, I’m going to have to put my John Hancock on this piece and bring its quixotic quest to an ignominious end.