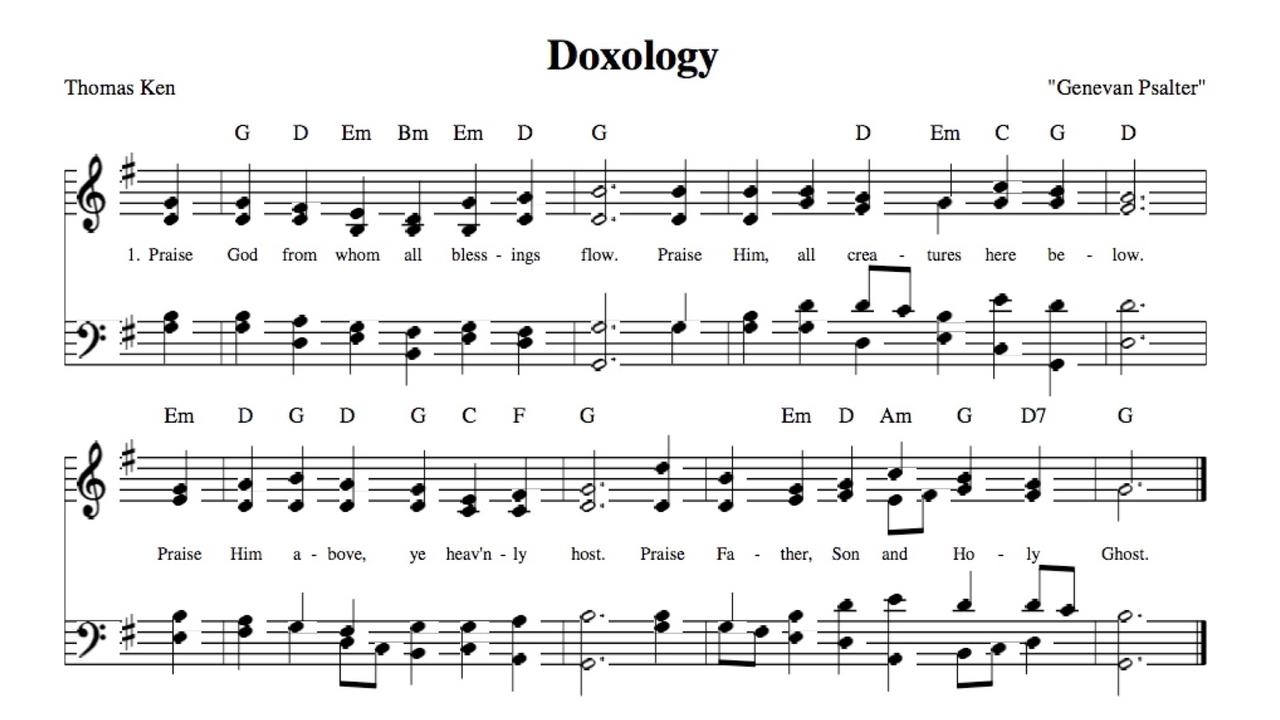 A doxology is a short chorus of praise to the Lord, often sung as a stand-alone piece or as a coda at the conclusion of psalms, hymns, or canticles. The word comes from the Greek doxa, meaning, “appearance” or “glory,” and logia, meaning, “study” or “declaration.”

Common doxologies include the Gloria in Excelsis Deo and the Gloria Patri. But of course, the most common of all is taken from Psalm 100, and sung to the tune of the Genevan Psalter’s “Old Hundredth.”

Praise God from whom all blessings flow; Praise Him, all creatures here below; Praise him above, ye heavenly host: Praise Father, Son, and Holy Ghost.

This treasured doxology is sung every Sunday all around the globe in untold dozens of languages. It was composed by Thomas Ken, a fellow of Winchester College, a prebend of Winchester Cathedral, and later, the Bishop of Bath and Wells during the reigns of Charles II and James II.

Ken was tragically orphaned in childhood. So, his older sister, Ann, and her husband, Izaak Walton, raised him, Walton is celebrated to this day for his classic book, The Compleat Angler, as well as for his short biographies of John Donne, Richard Hooker, and George Herbert.

In 1674, Ken published A Manual of Prayers for the Use of the Scholars of Winchester College. In it, he gave instructions for the devotional use of his compositions of Morning and Evening Hymns. What we now commonly sing as the “Doxology,” was actually the closing stanza of each of these long hymns.

According to tradition, Ken may have learned the text and tune from his adoptive father while fly-fishing together in the rivers and streams of Staffordshire. Quite apt, don’t you think? A father and son singing praise to God amidst the glories of creation—a doxology so beautiful, that it is no longer just a part of their story, but now, it is part of ours.