Chalmers & the Primacy of Prayer 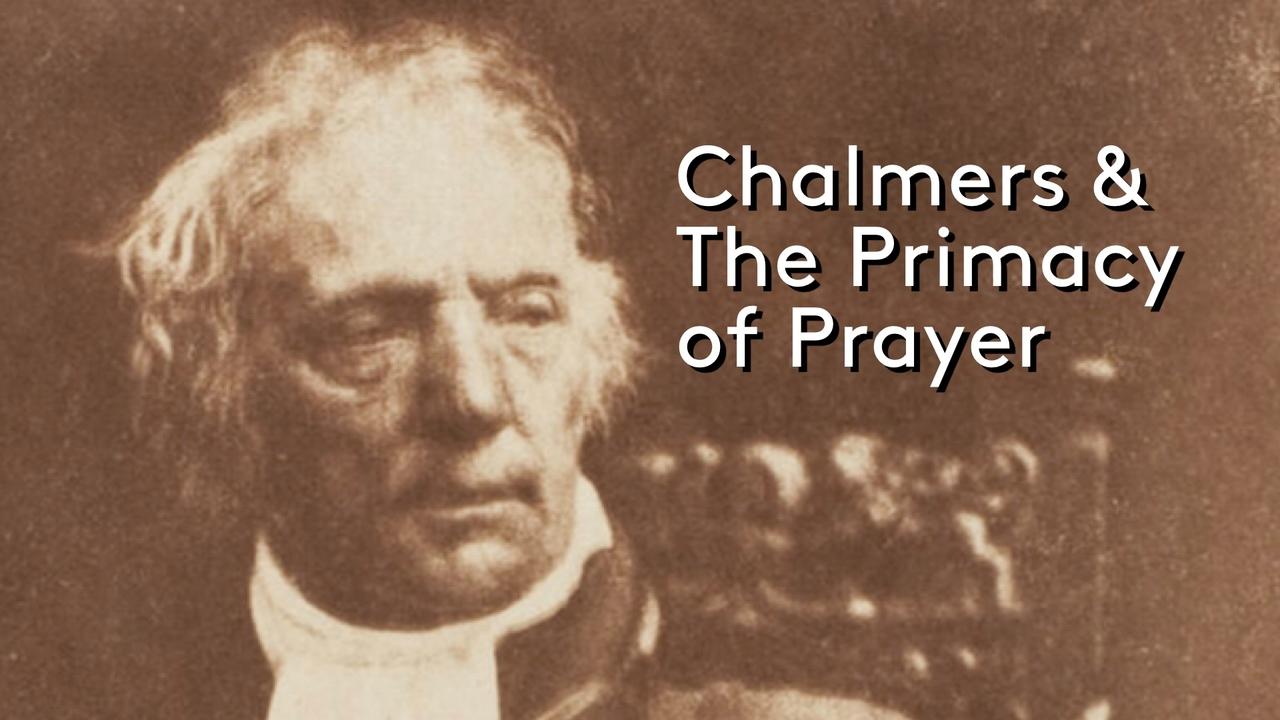 Thomas Chalmers (1780-1847), the great Scottish pastor, professor, author, and statesman, was undeniably a man of action. He was the quintessential reformer: he founded more than two dozen mission organizations, Bible societies, neighborhood schools, and community outreaches. He planted two churches, one college, and even a denomination. He established publishing houses including the world’s largest Bible publisher (today’s HarperCollins). He was a friend of Wilberforce and Pitt. He was the pastor of Scott, McAdam, and Stevenson. But, at the heart of all that he undertook for the Kingdom was prayer.

His byword for all his activity was,

"I would pray unto watching--and watch unto praying."

His busy schedule and demanding commitments never deterred him from what he believed was his “most important exercise” and his “most vital engagement,” his daily time of prayer.

Indeed, he considered any prayerless day, a wasted day:

“To squander the hours with mere activity, however important, is to altogether miss the enlivening work of the Spirit amidst our sweet hours of prayer.”

"I have long resolved never to start anything that I cannot then saturate in prayer. If my busyness results in prayerlessness then all my activity is for naught."

Chalmers began each day praying through the Scriptures. He followed the old Scots Presbyterian discipline of "Horae Biblicae Quotidianae," something akin to "Lectio Divina." After his devotional reading, he would walk, praying through the passage as he went. Then, he would record his digested "passage prayer" in his journal, or "Florilegium."

In the process, he would identify the “Keystone Verse” from the passage which would then shape his thinking, praying, and doing for the rest of the day.

When Chalmers would disciple men, such as those students, Robert Murray M’Cheyne, John Urquhart, Andrew Bonar, Robert Nesbit, William Mackay, and Robert Chalmers Burns, he taught them this method of prayer. Each of these men, who would in turn gain great renown as men of unction and holiness, testified that it was this posture of deep prayerfulness that quickened their own ministries—all of which so profoundly shaped the great spiritual renewal of the Victorian Age.