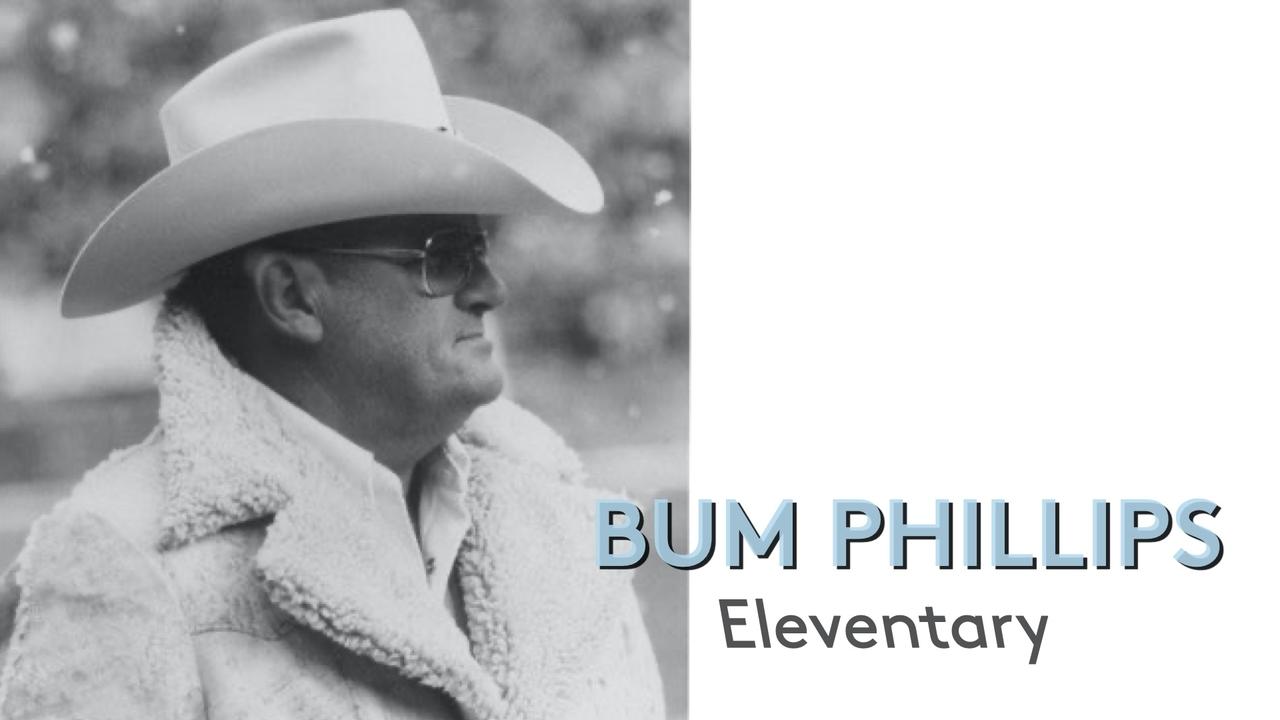 "Bum" Phillips was an American football coach at the high school, college and professional levels. He served as head coach for the Houston Oilers from 1975 to 1980 and the New Orleans Saints from 1981 to 1985.

1. “Winning is only half of it. Having fun is the other half."

2. “The only discipline that lasts is self-discipline."

3. “You don't know a ladder has splinters until you slide down."

4. "Two kinds of ballplayers aren't worth a darn: One that never does what he's told, and one who does nothin' except what he's told."

6. "Football is a game of failure. You fail all the time, but you aren't a failure until you start blaming someone else."

9. Of his adversary Don Shula (and sometimes, of his mentor Bear Bryant, depending on how he told the story): "He can take his'n and beat your'n and take your'n and beat his'n."

10. "In the end, the only won-loss record that really matters is nailed to the cross."

11. After taking the Oilers to the AFC Championship Game two years in a row only to lose to the Super Bowl champion Steelers, "Last year we knocked on the door. This year we banged on the door. Next year, we're kicking the door in."