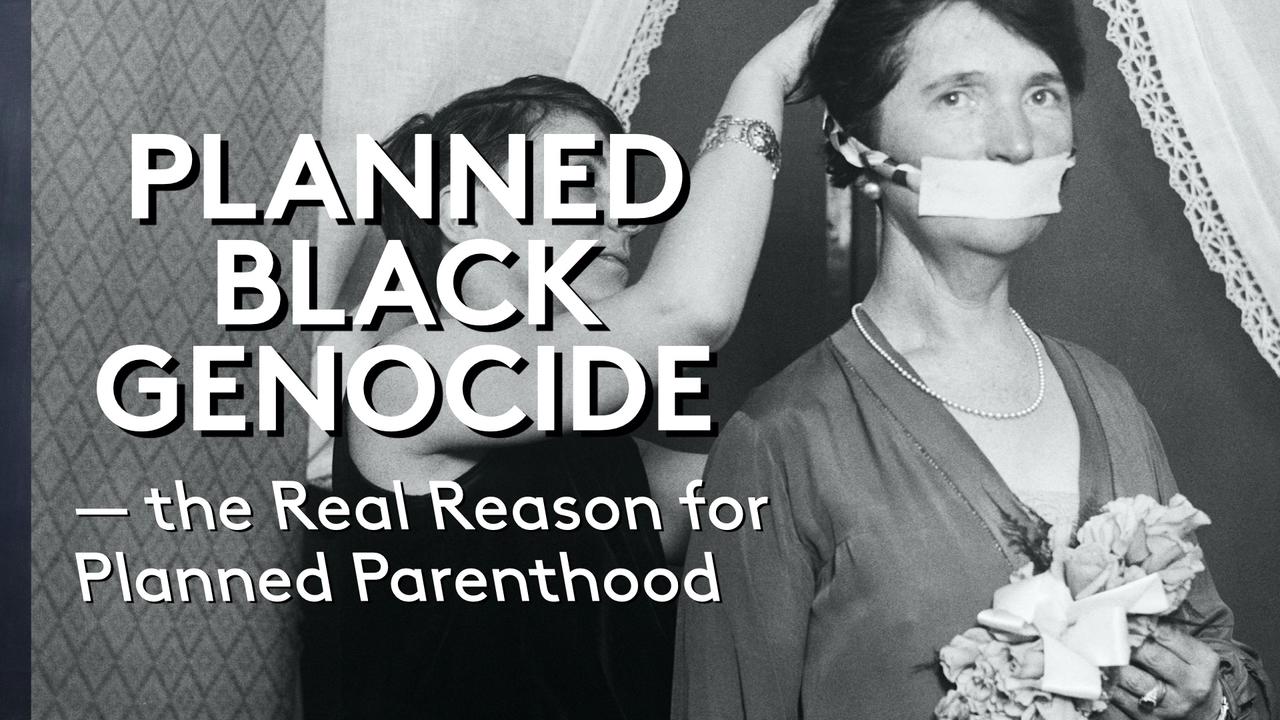 That's a picture of Margaret Sanger, the Founder of Planned Parenthood-- and here's some info no one is talking about...

In 1939, Margaret Sanger, the founder of Planned Parenthood announced the organization’s new “Negro Project” in response to requests from southern state public health officials—men not generally known at that time for their racial equanimity.

“The mass of Negroes,” her project proposal asserted, "particularly in the South, still breed carelessly and disastrously, with the result that the increase among Negroes, even more than among Whites, is from that portion of the population least intelligent and fit.”

The proposal went on to say that “Public Health statistics merely hint at the primitive state of civilization in which most Negroes in the South live.”

In order to remedy this “dysgenic horror story,” her project aimed to hire three or four “Colored Ministers, preferably with social-service backgrounds, and with engaging personalities” to travel to various Black enclaves and propagandize for birth control.

“The most successful educational approach to the Negro,” Margaret wrote sometime later, “is through a religious appeal. We do not want word to go out that we want to exterminate the Negro population and the Minister is the man who can straighten out that idea if it ever occurs to any of their more rebellious members.”

Of course, those Black ministers were to be carefully controlled—mere figureheads.

“There is a great danger that we will fail,” one of the project directors wrote, “because the Negroes think it a plan for extermination. Hence, let’s appear to let the colored run it.”

Another project director lamented, “I wonder if Southern Darkies can ever be entrusted with . . . a clinic. Our experience causes us to doubt their ability to work except under White supervision.” The entire operation then was a ruse—a manipulative attempt to get African Americans to cooperate in their own elimination.

The program’s genocidal intentions were carefully camouflaged beneath several layers of condescending social service rhetoric and organizational expertise. Like the citizens of Hamelin, lured into captivity by the sweet serenades of the Pied Piper, all too many African Americans all across the country happily fell into step behind Margaret and the Eugenic racists she had placed on her Negro Advisory Council.

Soon taxpayer-supported clinics throughout the South were distributing contraceptives to African Americans and Sanger’s science fiction dream of discouraging “the defective and diseased elements of humanity” from their “reckless and irresponsible swarming and spawning” appeared at last to be on the road to fulfillment.

Planned Parenthood had its first real success in social engineering...